We All Have a Story. This is Mine. 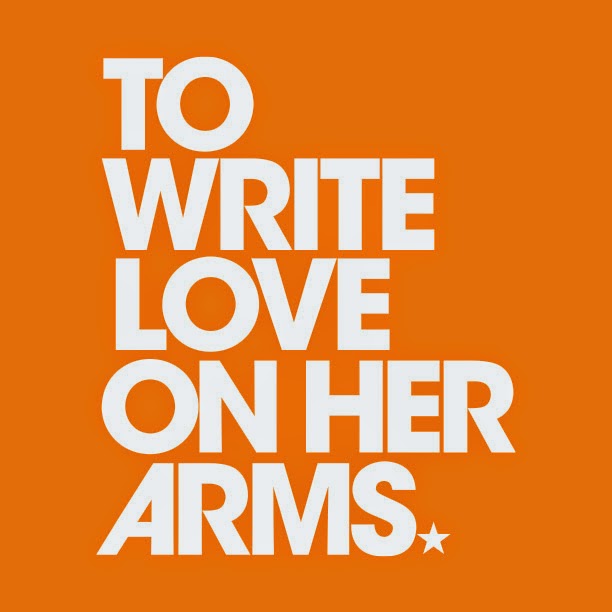 We all fight battles that no one else knows about, and we all have a story to tell.  Some of us choose to keep our stories private, while others share them with the world in hopes that our struggles and our recovery will inspire someone else.

For me, I choose to share my stories with the world.  I know the power a story of hope and recovery can have.  For myself, the stories of others has played a significant role in my long journey with depression, anxiety, self-injury and suicide.  I wonder where I would be if I hadn't heard the stories of others.  But then again, I try not to think about it too much.

My story started when I was 13.  I had just moved to Florida, and almost instantly I felt my world falling apart.  On my first day of 8th grade, I was pushed down the stairs just because I was the new girl.  Throughout the year, I was bullied and harassed.  I went home every day just wishing I could end the pain.  I turned to self-injury to try and numb the pain.  I replaced my emotional pain with physical pain and scars.  I tried to escape the bullying, but it just never seemed to end.  Eventually, the year ended.  But the bullying never did.

I started high school hoping for a fresh start and an escape.  I chose to go to Gateway because the school was just opening, and I figured that there was less of a chance I'd be bullied.  Within a month of school starting, cliques had formed, and I somehow found my way right into the hands of the bullies.  When you're being called names are told that you should die, you begin to feel like there's something wrong with you rather than with the people around you.  I once again turned to self-injury, and by Thanksgiving, my entire arm was covered in cuts and scars.

Things continued this way all throughout high school, and when I was a junior, I reached my lowest of lows.  Up until that point, I felt that I had reached rock bottom so many times before.  I guess I never really knew what rock bottom was.

March 23, 2007 was the day I decided my life wasn't worth living.  That the pain I was dealing with was too much to handle.  It was day I attempted suicide.  If you've never sat in the back of a van on the way to the hospital and listened to your sister cry and scream while you thought "I don't want to die this way," then you have no room to judge the decisions that led to that moment.

As much as I try to forget that day and the days that followed, I've never been able to.  Sometimes, I wake up in the middle of the night crying because I have a nightmare where I re-live the entire thing.  Other times, I find myself wondering what life would be like for everyone if I had died.  The days and weeks that followed were the hardest and most trying days of my entire life.  It felt impossible to keep going when all I wanted to do was to give up.  It felt like I would never be able to smile or laugh again, and I forgot what it was like to be happy.

I still suffer from depression and anxiety, even though I try to convince myself that I'm better.  Even on the worst of days, I remind myself of where I've been and where I am now.  My struggles, my pain and my rock bottoms have all led me to this moment.  Sitting here on my couch writing this blog for you.  Suddenly, it all seems to have a purpose.

No one else can play my part because only I know where I've been and where I want to go.  No one can be a better version of me than me.
Posted by Christina Bockisch at 2:00 PM