Two weeks from today I'm moving to Alabama for a year to get my master's degree at The University of Alabama.  Two weeks.  That's all I have left in Southwest Florida (until August 2013, of course).

It's kind of hard for me to wrap my head around.  So much has happened this summer that I didn't expect to, and a combination of everything is going to make it so hard for me to leave.  I never imagined that I'd be sad to leave Florida.  It truly never crossed my mind.

I moved in with Alex this summer and even though it wasn't exactly planned or expected, I'm happy that it happened.  One day I was bringing a bag of clothes back and forth to his condo and the next I brought a giant bag of clothes and invaded his drawers.  One day I woke up and thought, "I'd rather live with him than live at home."

I used to think I was ready for all of this to happen, but as the day gets closer and closer, I'm not so sure.  I know I'm determined enough and strong enough to get through this year of grad school, but I'm not so sure if I'm ready to do it without my best friend by my side.  I know he'll always be there for me, but being physically there and mentally there are two different things.

I hope this next year goes by as fast as this summer did...not only so I can have my master's degree in hand, but so I can be reunited with my boyfriend (hopefully) forever.

I also hope these next two weeks go by slow because I'm not strong enough to say "see you later" just yet.

Posted by Christina Bockisch at 3:21 PM No comments: 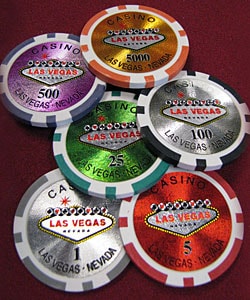 I feel like pretty much all of Alex's friends play poker so when we were in Vegas, Alex spent some time teaching my how to play. I'm still not comfortable playing in an actual game, but at least I know all the rules now. One day...one day.

127. Take a picture by the Welcome to Las Vegas sign 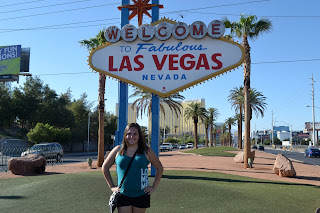 My family went on a vacation to Las Vegas at the beginning of June, and while we were there I decided to walk over to the Welcome to Las Vegas sign (and I dragged Alex with me).  It was such a long walk, but it was on my bucket list so I had to go.  We got some nice pictures out of it, and I'd definitely say it was worth it.  To all of you that want to go, take a cab instead of walking.  Seriously. 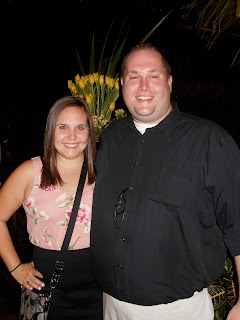 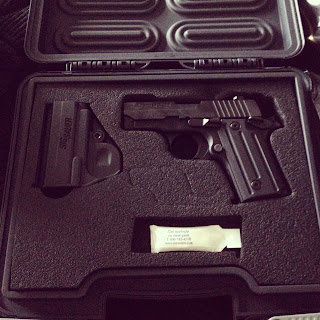 I think it was only a matter of time before this happened.  After all, my boyfriend loves going shooting. I bought a Sig Sauer P238 which is a .380 caliber.  Alex has the same one so now we have matching pistols.  The couple that shoots together stays together.
Posted by Christina Bockisch at 12:16 PM No comments: