I can't take ownership of this.  It's not mine.  But as someone who dealt with self-injury, depression, anxiety, and eating disorders throughout middle and high school, this hit home to me.  And I felt like I had to post it on my blog to share with everyone. 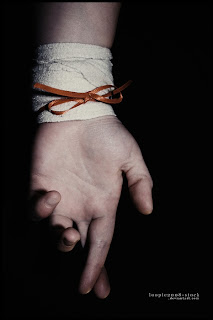 Forty-one percent (41%) of people believe that self-harm is selfish. Fifty-five percent (55%) believe that it is stupid. Forty-three percent (43%) know someone that has self-harmed. One in ten people have harmed by the age of sixteen.Self-harm does not make you suicidal. It does not make you emo. It is simply a way that many use to rid themselves of stress or pain or whatever it may be. Over 3 million people in the US have self-harmed or still do.Cutting is notjust a girl’s disorder. Anyone can do it. Males, females, and persons that don’t fit into the gender binary. And it is not just teens, either. Both Princess Diana and Johnny Depp have gone through it. The person who always seems happy could be victim to it. Anyone.
There are other forms of self-harm besides cutting or mutilation. There’s CSP; a disorder where you’ll pick at your skin, bite your skin, bite your nails, or pull out hair, usually when you’re bored or due to perfectionism. There’s also burning yourself, and other things that could cause injury such as hitting yourself or other objects.
Some people don’t realize they’re doing it. Some people don’t think it’s wrong. Some people become addicted. People don’t hide their cuts or marks hoping someone will find them unless they actuallywant help to get better. It’s often hidden because they’re afraid of someone seeing. People don’t show off their scars because they’re cool. They’re just there. And there’s no point in hiding them. Often people become proud of their scars because they know they’re past it.
An orange ribbon is used as a self-harm awareness symbol. Those suffering from it or have been through it or support it often wear one. To Write Love On Her Arms is amazing for what they do. They help people get past their self-harm or addictions or suicidal thoughts. Many people don’t support TWLOHA, but I think it’s an amazing cause.
You do not have to have gone through anything like this to support it. Sometimes all people want to know is that they’re not alone. Don’t judge someone based on the marks they have on their arms. You don’t know what they’ve been through. Rather, be proud of them for making through it. Life can be a bitch.
Posted by Christina Bockisch at 11:47 PM No comments:

Even the best fall down sometimes

These past few days have been absolutely perfect.  For once, everything was right in the world.

I should've known it wouldn't last.
Posted by Christina Bockisch at 4:07 PM No comments:

Needless to say, I have yet to get a second tattoo.  For the past 5-6 months, I've had a word stuck in my head: fearless.  Yes it's a Taylor Swift album (which I love!), but it's also been stuck in my head for another reason.

As I embark on this journey out of college and into the real world, grad school, etc., I keep telling myself that I need to be fearless.  I need to face reality and face my fears.  I need to do the things that scare me.  I need to take chances, fail, get back up, and do it all over again.

So maybe, just maybe, the word "fearless" on my right shoulder will be my next tattoo.  The question is, which design do you like the most?  I want input. 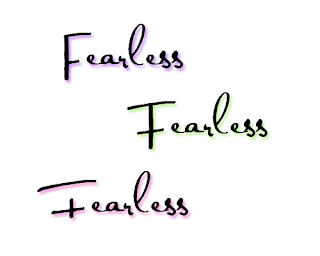 Posted by Christina Bockisch at 1:24 AM 3 comments:

I posted this two years ago in a note on Facebook and decided to re-visit it to see how things have changed (or stayed the same.

Think of 10 albums that had such a profound effect on you they changed your life.  Dug into your soul.  Music that brought you to life when you heard it.  Royally affected you, kicked you in the wasu (wazoo?), literally socked you in the guy, is what I mean.

1. Let it Be by The Beatles
2. Speak Now by Taylor Swift
3. Teenage Dream by Katy Perry
4. The Open Door by Evanescence
5. Revolution by Miranda Lambert
6. Continuum by John Mayer
7. Blackbird by Alter Bridge
8. Across the Universe Soundtrack
9. Unstoppable by Rascal Flatts
10. Fire Garden by Steve Vai
Posted by Christina Bockisch at 8:38 PM No comments: