No One Else Can Play Your Part 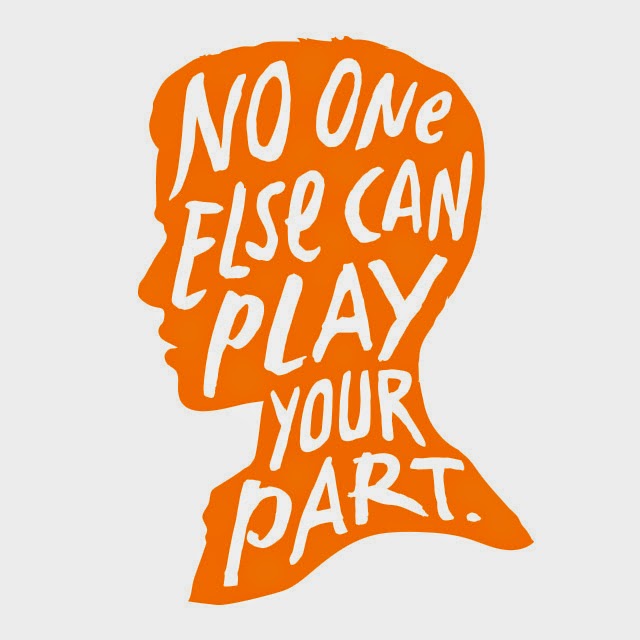 Yesterday, a husband and wife were found dead in their trailer in Fort Myers, Florida.  They were apparently the victims of a murder-suicide.  A call was made by the male stating that he and his wife "could no longer stand the pain and that they were leaving."  What led them to this point?  What dreams did they have that they never accomplished?  Who are they leaving behind?  What stories do they have that will never be shared?

I don't know this couple, but their deaths happened where I live.  They are unknown to me, and yet they both faced a struggle I know all too well.  It's a struggle that I faced for many years, and one that will follow me throughout my life.

On Monday, To Write Love on Her Arms launched their campaign, No One Else Can Play Your Part, for National Suicide Prevention Week.  The couple who died on Monday in Fort Myers represents thousands of others who die by suicide each year and the millions of others who suffer from depression.

We live in a world where we're told to play it off like everything's okay.  We're told to "fake it 'til you make it" and that if you try hard enough, everything will get better.  We're led to believe that depression and mental illness are something to be ashamed of.  We're constantly told that we shouldn't be unhappy because there's someone else out there who has it worse than you do.  But those are all lies.  Here's the truth: You matter.  Your story matters.  The pain you're feeling is real and it's validated by the things you've been through.  Your struggles are nothing to be ashamed of, and they're all part of your story.

The pain of your past is not an indication of what tomorrow looks like.  Your pain is only part of your story, but there's so much more to you than that.

This week, I'm joining thousands of people around the world to talk about depression, suicide and mental illness.  These issues are very real to me, and anyone who has read through my blog knows that.  If there's anything I've learned from my struggles and my journey, it's that I am important, and that no one else can play my part.
Posted by Christina Bockisch at 3:19 PM