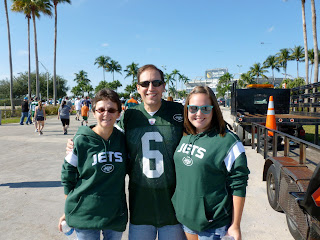 Long story short, my dad is a huge Jets fan and they happened to be playing the Miami Dolphins on New Years Day.  So of course we bought tickets to the game.  It worked out since it turned into an early birthday present for my dad, and my sister and I were able to buy him a jersey for his birthday.  Even though I'm a Giants fan, I had an amazing time at the game.  Watching football games on TV just doesn't do it for me anymore.  I'm spoiled.
77. Shoot a gun (checked off January 29, 2012) 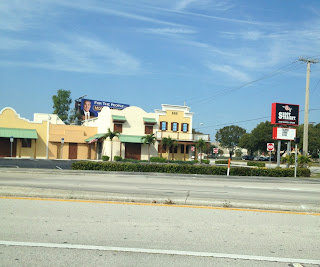 A co-worker from my internship asked me if I wanted to go shooting with him, and I obviously jumped on the opportunity to cross off another thing on my bucket list!  It was definitely scary, but I actually had a lot of fun.  I can't wait to go with my friends next time, especially since a lot of them have this on their bucket list too! I don't have a picture of me actually shooting a gun, but take my word for it :)
Posted by Christina Bockisch at 8:10 PM