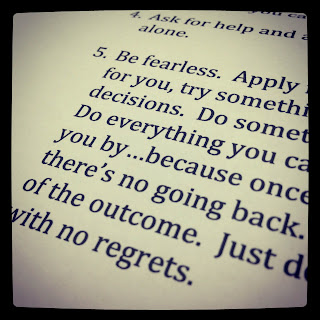 I've been to a lot of events and banquets over the past four years of college, and a lot of them have a student give a senior speech.  I always thought, "if that was me up there, what would I say?"  After four years and tireless work, I was asked to do the senior keynote speech for the outgoing Senate banquet.

It was one of the hardest speeches I've ever written because I was trying to fit four years of memories into a five minute speech.  But the second I stopped worrying about what to say, it all started coming together. During the banquet I didn't just give my speech, I spoke from the heart.  I wanted to leave these outgoing Senators with something of value.  Something they could take with them.  Something that would inspire them.

And from what I've been told, I did just that.

It's not a traditional bucket list item, but giving a senior speech was something I really hoped I'd have the opportunity to do.  I watched so many other people do it before me, and it was such an honor to be able to give a senior speech of my own.  It truly was one of the highlights of my senior year.
Posted by Christina Bockisch at 7:33 PM